I have lived in London for almost 20 years and the city never ceases to amaze me. Did you know that 47% of London is green space? Neither did I. Or that there are 8 million trees in the city? That’s one for every person who lives here. Eco watch rated London as the 5th greenest city in the world which is pretty amazing considering the size of the place. 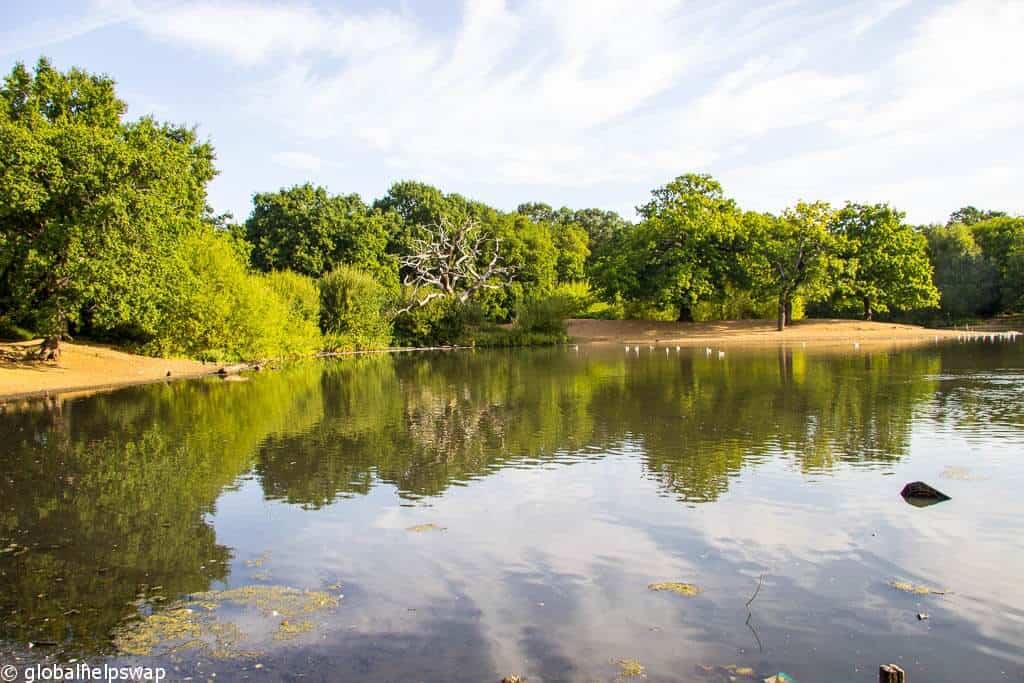 It’s easy to miss all that greenery when you have got your head down walking to and fro from work or when you are travelling deep down on the underground. Nevertheless that green space is there for you and it’s amazing what benefits it can bring even if you spend just a little time in it.

We all know the famous London Parks like Hyde Park, Regents Park and Hampstead Heath but did you know about the farm right next to Canary Wharf or the forest right on the edge of London? I recently spent a day wandering around discovering the gardens and parks in East London. It was a great day for the mind and body, according to my fitbit I walked 30,000 steps!

Here are my favourite 11 parks and gardens in East London: 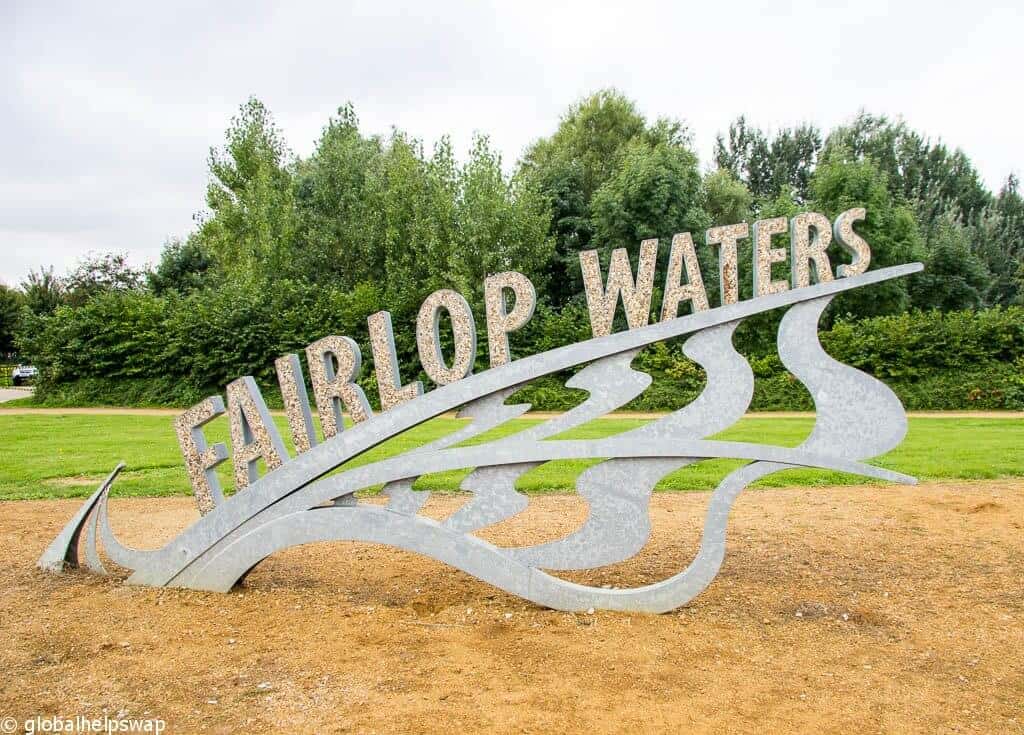 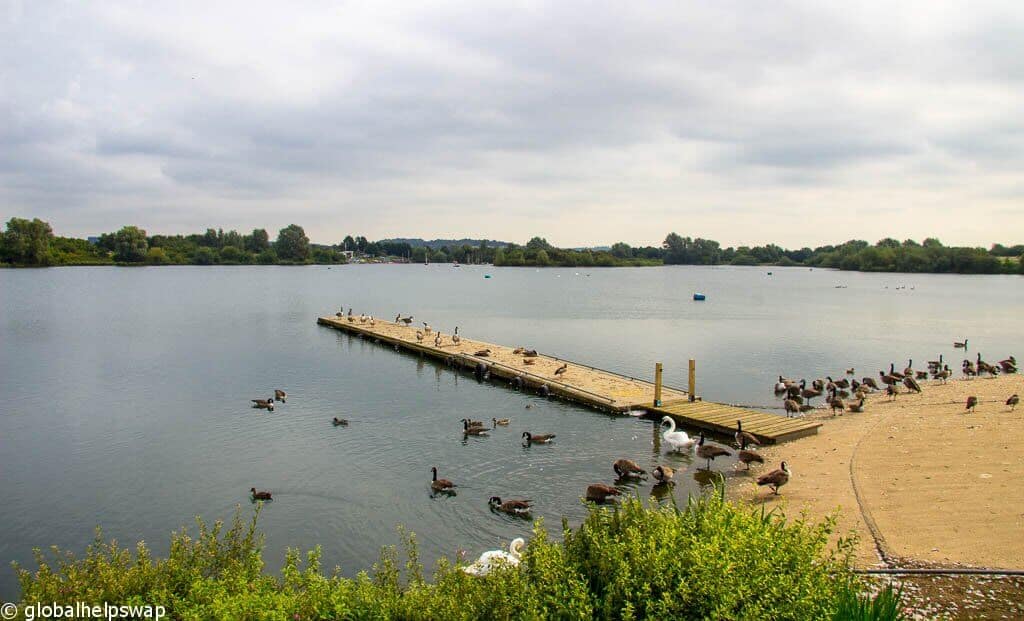 Fairlop Waters is just a few stops away from me on the tube and yet I had no idea it existed. With lovely walks all year round and nature trails for the animal lovers this is a park I know we will be returning to again and again. There is a windsurfing and sailing lake right in the middle of the park and two golf courses on the edge. Plus there are climbing ropes, play areas and a cafe. 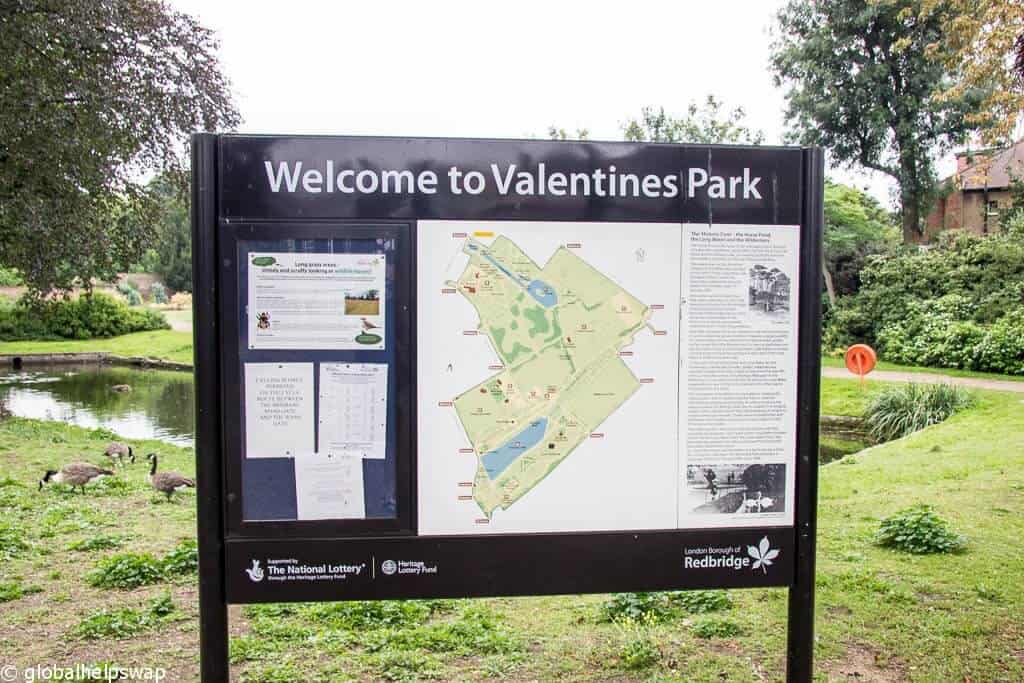 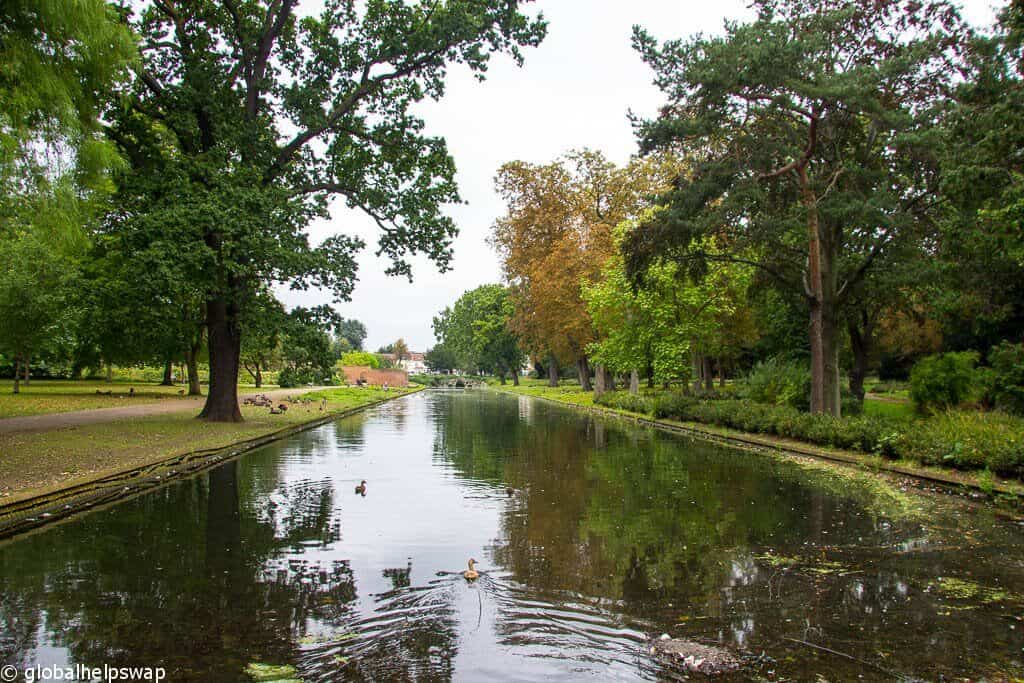 Another park that is really close to me is Valentines Park. This 52 hectare (130 acres) is the largest green space in the London borough of Redbridge. The park started with a small gift of land in 1898, over the years the park has grown with more land given or purchased. It’s a really beautiful park with water canals, kitchen gardens, a Victorian Rose garden and an English walled garden. They host art exhibitions here too so you can get your culture fix with your nature fix all in the same place. 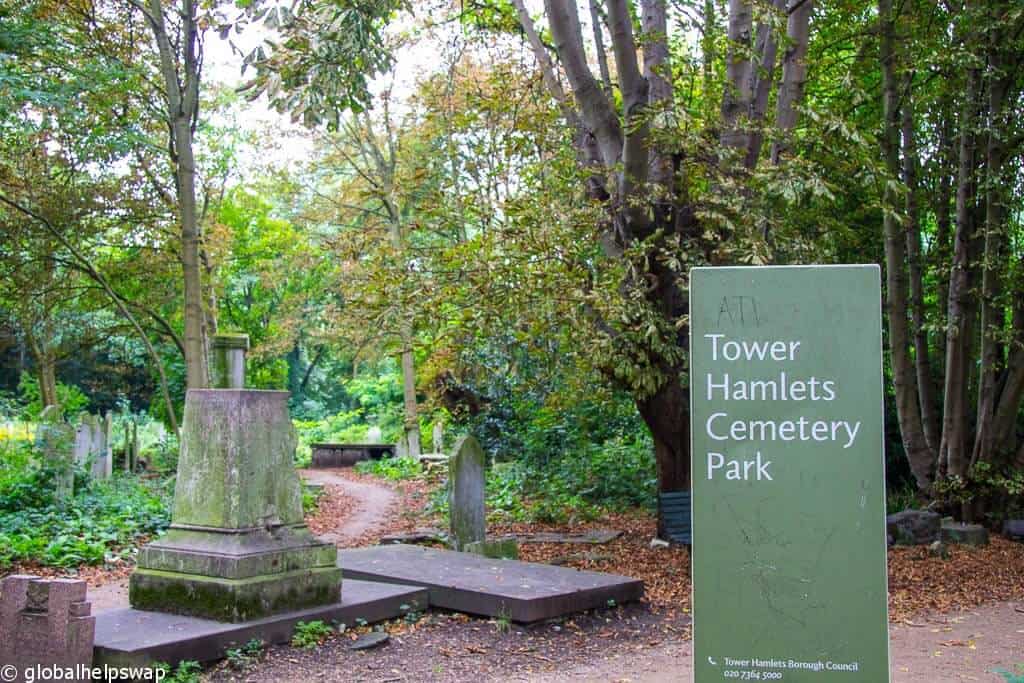 This is where I stopped for lunch and what a lovely setting to have it. Tower Hamlets Cemetery first opened in 1841 and closed for burials in 1966. It is part of the Magnificent Seven cemeteries which also include Kensal Green, Highgate, West Norwood, Abney Park, Nunhead and Brompton cemeteries. These cemeteries were built in Victorian times to help bury London’s dead as the smaller church sites were full.

Tower Hamlets Cemetery Park is now a nature reserve situated right between Bow and Mile End and is London’s most urban woodland. There is so much to do here from wildlife spotting to volunteering to educational events. 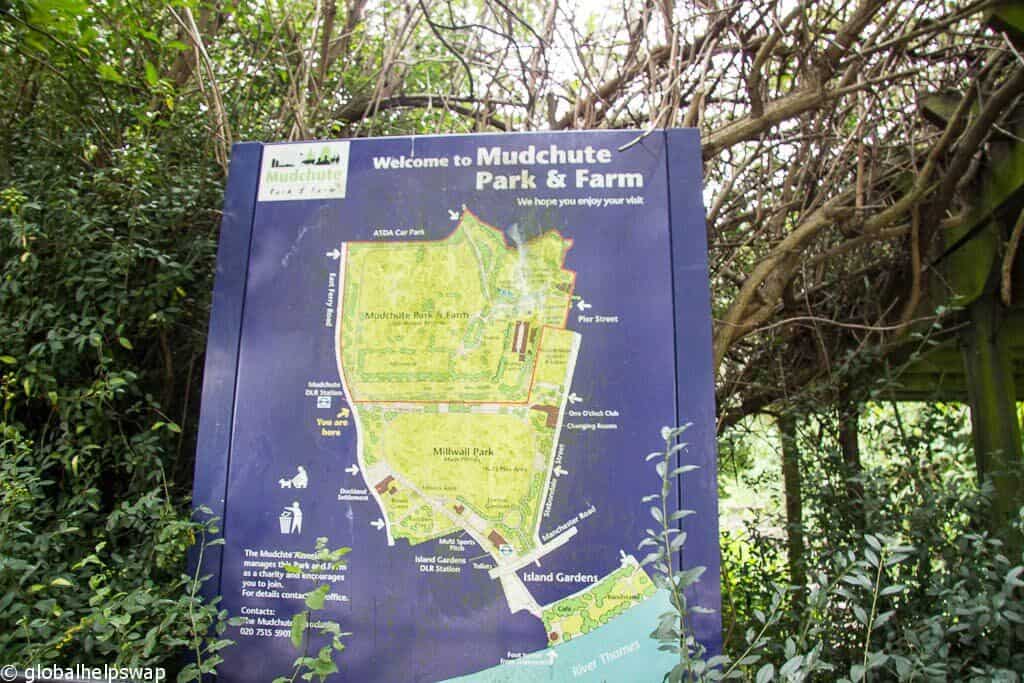 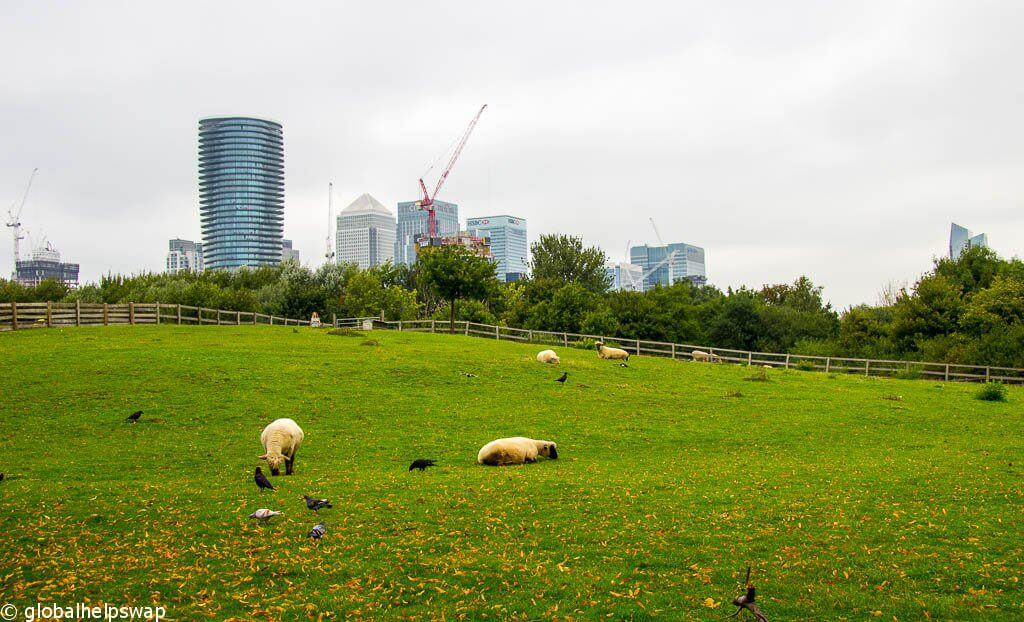 When somebody told me that there was a farm right next to the gleaming towers of Canary Wharf I thought they were leading me around the garden path (pun intended). However, Mudchute Farm and Park does truly exist and it’s a must visit. Set in 32 acres of land Mudchute Farm is a community charity with stables, children’s nursery, and a wide range of educational activities. Looking at sheep with Canary Wharf as a backdrop was pretty surreal. I wonder how many of the workers realize that there is farm right next to them? 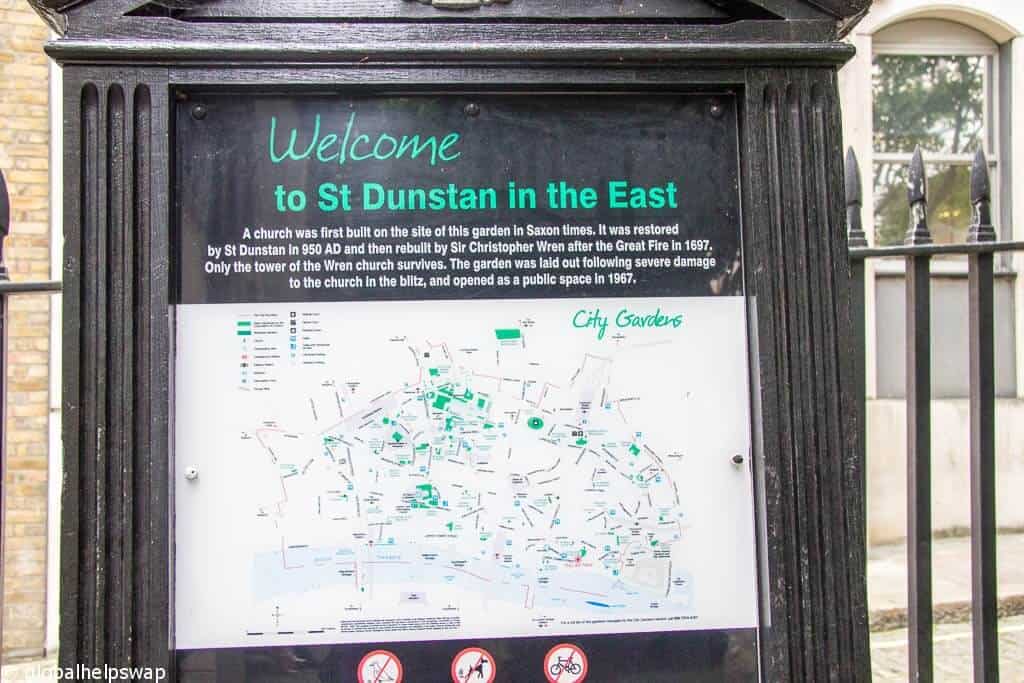 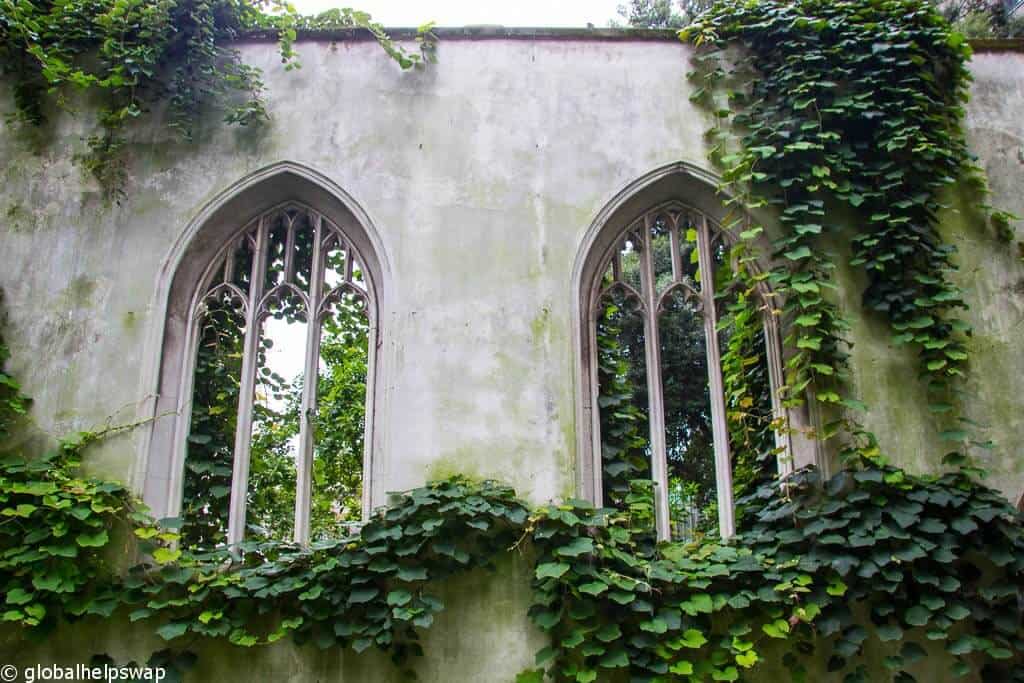 St Dunstans-in-the-East was a church in the City of London between the Tower of London and London Bridge. The church was mostly destroyed in the 2nd World War and is now a public garden. The original church was built in 1100 but most of it was destroyed in the Great Fire of London. As the gardens are situated right in the heart of the City of London they can get busy with people on their lunch breaks. I would recommend visiting at weekends when it will be very quiet or early morning in the week when people are at their desks. 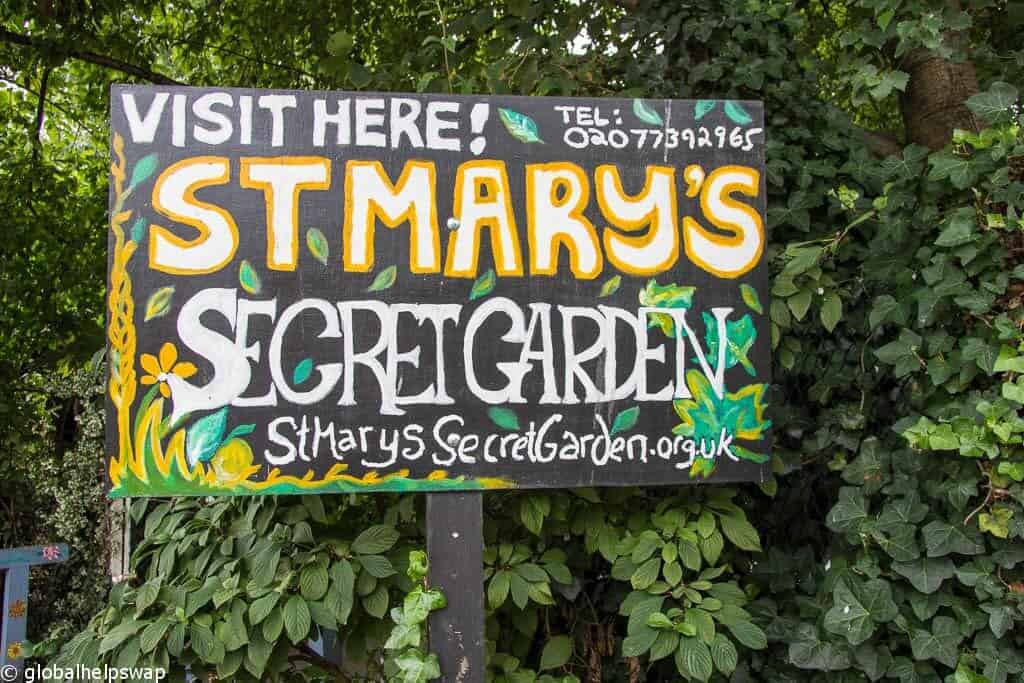 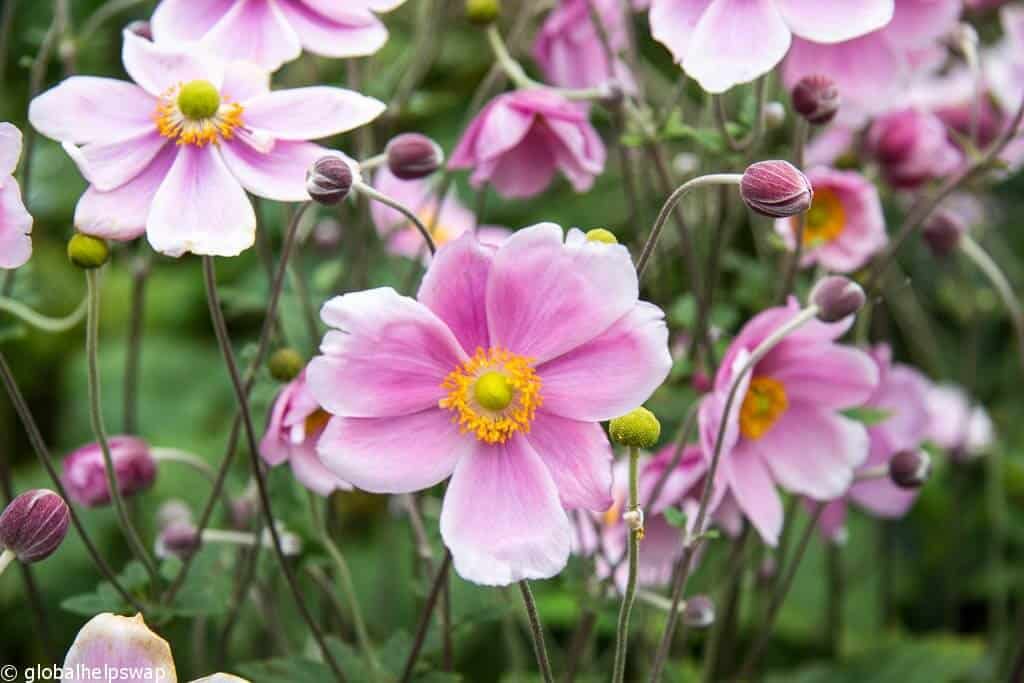 St. Mary’s Secret Garden is a beautiful and accessible community garden with a difference in Hackney, London. For over 25 years the garden has offered a safe space where people with support needs
and the local community can get hands-on experience of gardening,  to gain a sense of inclusion and receive the benefits of horticulture and other ecotherapy activities.

In this small but beautiful place you will find a woodland with working beehives, a small pond, a herb and sensory area, herbaceous borders, a wildflower meadow and their beautiful ‘Wish You Well Garden’ with a raised staging area for community events. We are big believers in the healing power of nature and this garden is a perfect example of it. 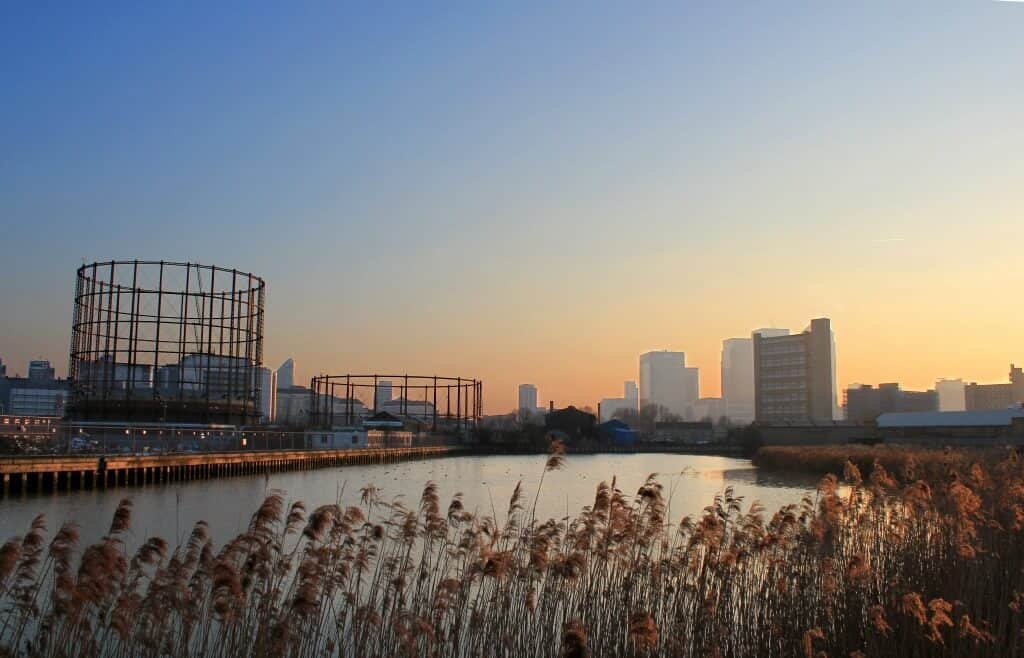 Bow Creek Ecology Park is a small park running alongside and underneath the Docklands Light Railway near Canning Town Station. It was created in 1994 when a survey identified rare and unusual plant species in the area. They think some of these exotic plants came from the ships that used to come up the River Thames. The Park has won the prestigious Green Flag Park Awards 4 years in a row. 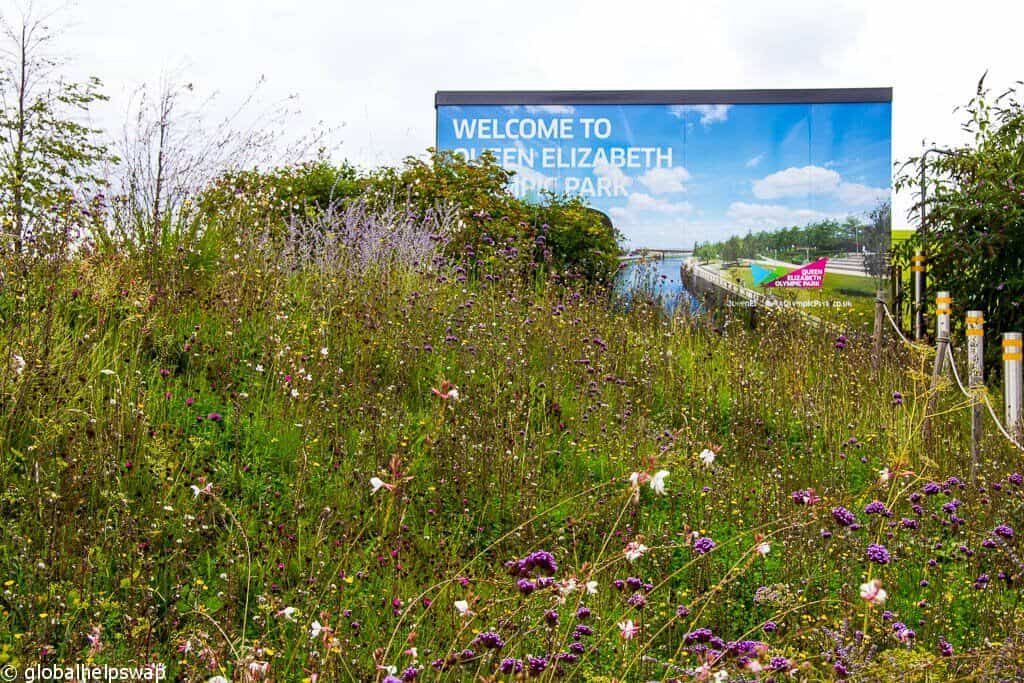 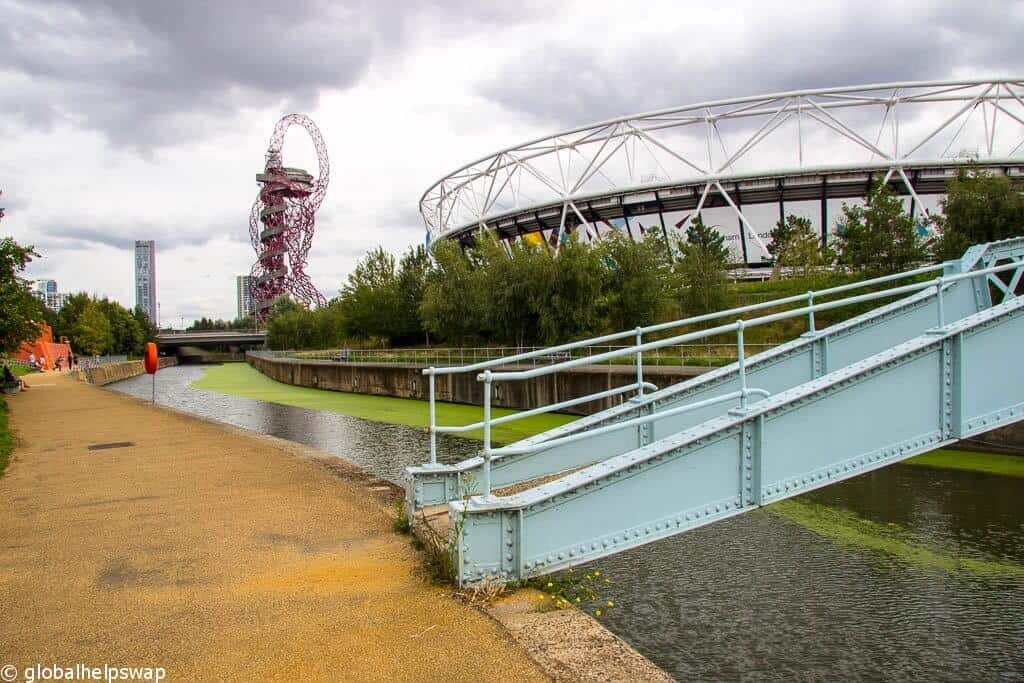 Home of the Olympics and my closest park, the Queen Elizabeth Park is East London’s newest green space. This huge area has the London Stadium, The London Aquatic Centre, Tennis Centres, Arenas, Parkland, Waterways and much more.

There is so much to do in the 560 acres of park I could write a post just dedicated to this place. In August for example there is the beach to visit, abseiling, active august, living art trail, the East London waterways festival and aqua splash. This park has so many different areas to it, I recommend at least half a day to explore. 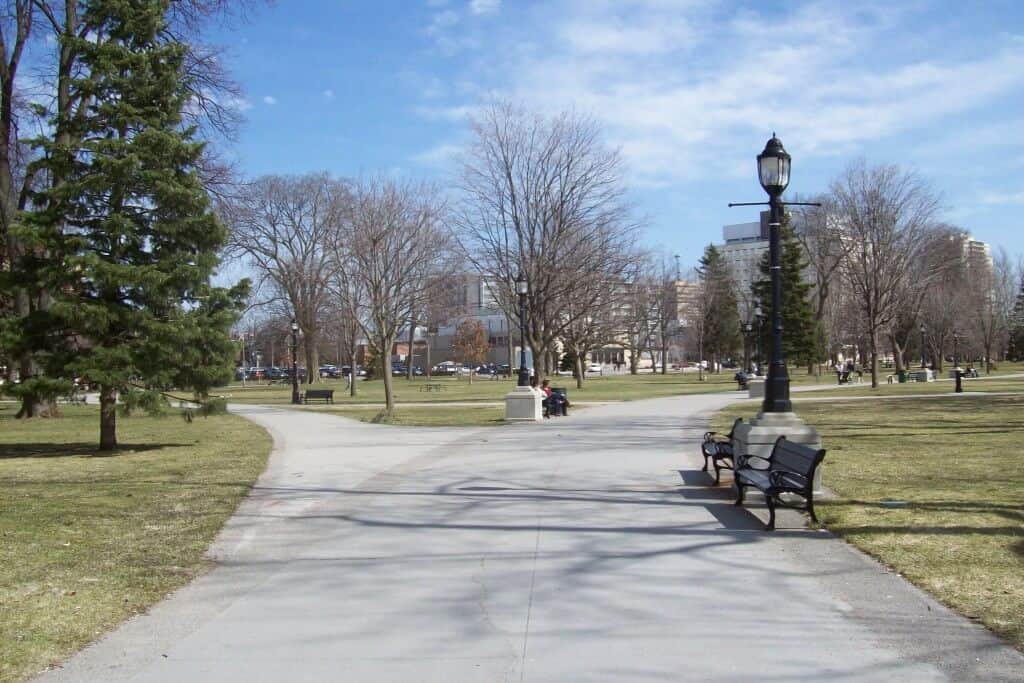 The most famous green space in East London and London’s oldest park, Victoria Park has been a recreational area for Londoners for 170 years. The park is 86 hectares in size and has over 9 million visitors a year! In 2015 Victoria Park was successful in retaining its Green Flag and Green Heritage Awards, for the fifth year. In addition to this, it regained its crown as the nation’s favourite park, coming first place in the People’s Choice Award.

There are many beautiful walks in Victoria Park so make sure you visit the parks website to see the routes. You can also hire rowing boats and pedalos if you are feeling slightly more energetic. There are also football pitches, cricket greens and tennis courts. 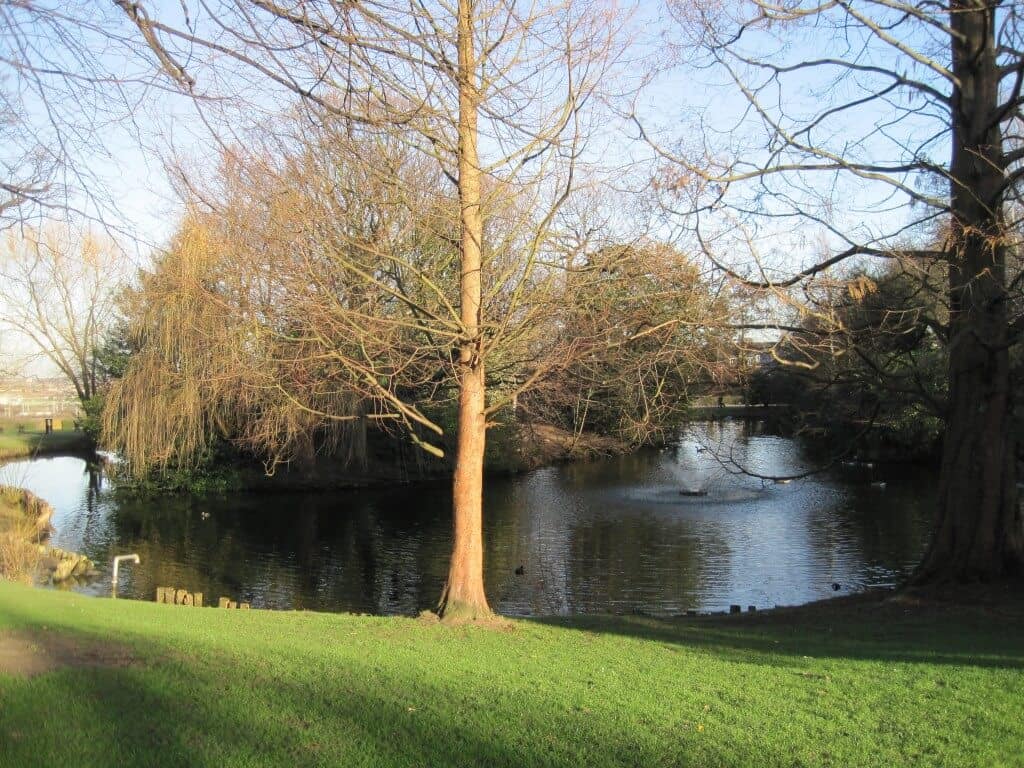 Yet another park I didn’t know about even though it opened in 1905! Springfield Park is an award winning park right next to Walthamstow Marshes. Like Victoria and Queen Elizabeth Parks, Springfield Park sits right next to the River Lea Navigation route giving you access to the river and its walks. Just like other big parks it has lots of amenities from tennis courts to outdoor chess boards. After successfully winning some Heritage Lottery funding, the park is undergoing a massive conservation plan.

My favourite green space in all of London. We are fortunate enough to have Epping Forest just a 5 min drive away from our home. The forest is ancient with the term “Epping Forest” first mentioned in the 17th century. It is also massive at roughly 2,476 hectares (6,118.32 acres) making London’s larger parks seem like back gardens.

With a site this big there are many sides to the forest to explore from lakes and ponds to ancient woodland walks to special conservation areas. I suggest choosing one or two walks to do and taking your time to really appreciate the fact that you are walking in an ancient forest right on the edge of one of the world’s great metropolises. 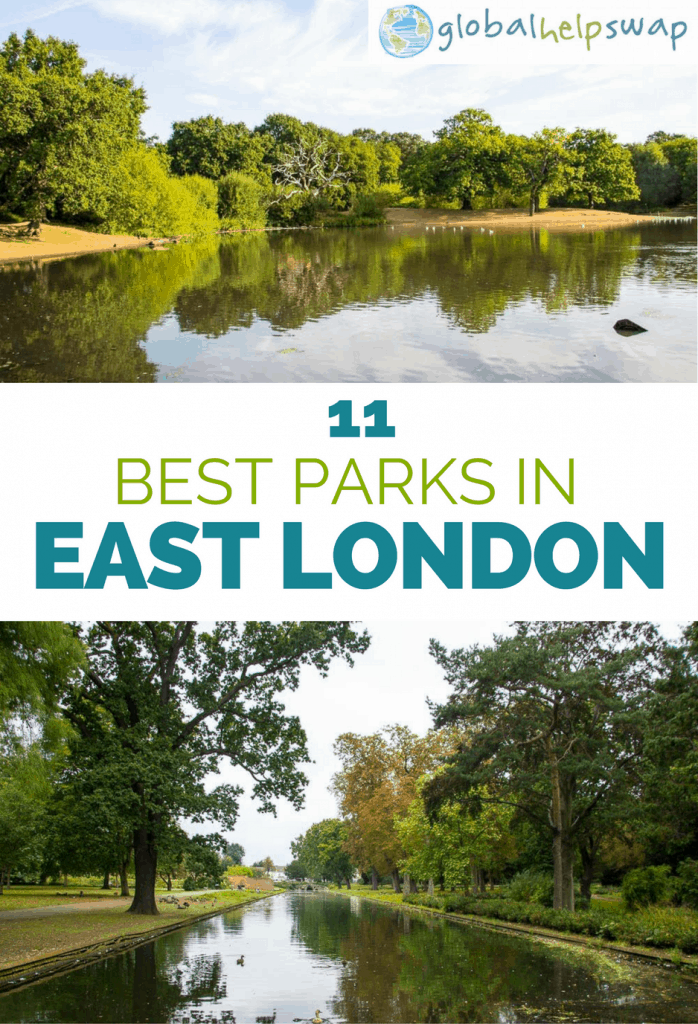 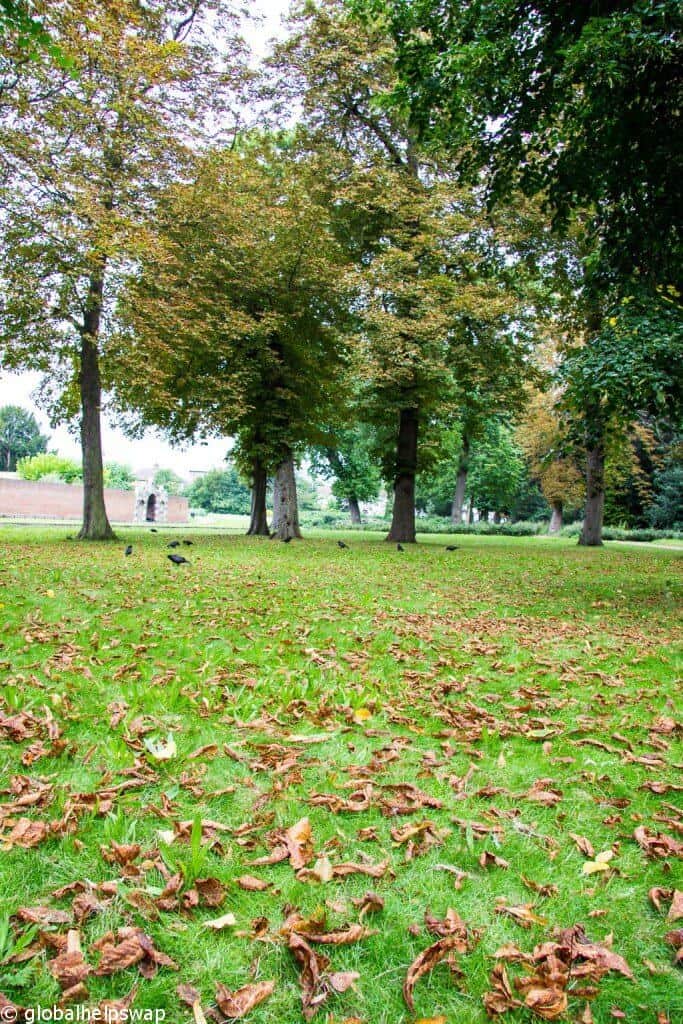 No matter where you are in London, I highly recommend you spending some time in its green spaces. After all these areas are the lungs of the city and they really help you slow down a bit in this hectic place.

Do you know of other green spaces in East London? Let us know in the comments.

Check out these other London posts: