It stands majestically overlooking most of the island. In the past, it has helped shape the island and now it is the most popular place to visit in Tenerife. The aboriginals of The Canary Islands (The Guanches) used to worship it thinking it was the gate of hell and now scientists do their own kind of worship learning about Tenerife’s violent past. I am talking about Teide Volcano and Teide National Park.

Why You Should Visit Teide National Park When You Visit Tenerife

Teide National Park was created in 1954 making it the 3rd oldest National Park in Spain. It was declared a UNESCO World Heritage site in 2007 and is the most visited National Park in Europe and eighth most visited in the world. No words can truly do it justice (I will give it a try!). The 3 that come to mind are otherworldly, spectacular and humbling.

While Tenerife is known for its sandy beaches, nightlife and warm climate there are a few good reasons why you should leave your sunlounger and visit Teide National Park.

What to see and do in Teide National Park:

Standing at a height of 3,718 meters (12,198 feet), Mount Teide is Spain’s highest mountain/volcano and the 3rd tallest volcano in the world.  When I visited the cable car that takes you to the summit was not working because of high winds but just being at the base of Mount Teide was impressive enough. I vowed I would return and get to the summit one day. I have to say that I was on Spain’s highest peak!

If you are lucky enough to visit Teide National Park and the cable car is running I highly recommend you go up it. The base station is at an altitude of 2,356 m (7,729 ft) and climbs up to 3,555 m (11,663). The journey time is around 8 minutes. Once you reach the top you will be rewarded with spectacular views from the lookout point. To avoid the queue you can book your ride on the cable car here: Tickets for Teide Cable Car

However, if you have taken the cable car up you haven’t quite made it to Spain’s highest point. For the more adventurous out there you can walk up a trail that leads you up to the crater. It is a tough 40-minute climb but how many people can say they were at Spain’s highest point? For the very lucky, if it is a clear day you can get to see 4 other Canary Islands from the summit: Gran Canaria, La Palma, La Gomera and El Hierro. To walk up the summit you need to request a permit via the park’s website which you can do here: Teide Summit Permit

For all you trekkers out there. You can bypass Teide Cable Car entirely and hike up Mount Teide on your own two legs. Starting at Montana Blanca this very difficult hike takes around 6 hours starting at an altitude of 1,367 meters and ending at 3,718 meters. If you have a permit (book here) you can stay the night at the Altavista Refuge (you will need to book in advance) where you will be rewarded with amazing sunrises and stunning night skies, which leads me on to… 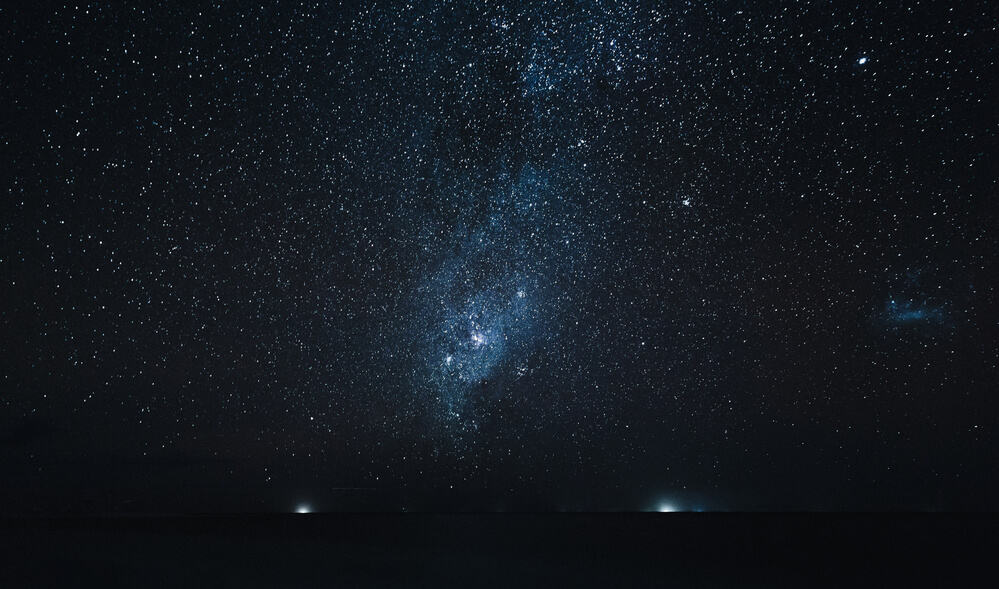 If you love the night sky and I am talking about the real night sky not what we get in our light polluted cities, then Teide National Park is a great place to look up at the heavens. It is rated as one of the best places in Europe to see stars, planets and galaxies. If you have never truly seen the white of the milky way then book yourself a stargazing trip with one of the many companies offering tours.

Another great place to look at the stars is the Tenerife Observatory which offers guided daytime visits where you can get to see the sun! 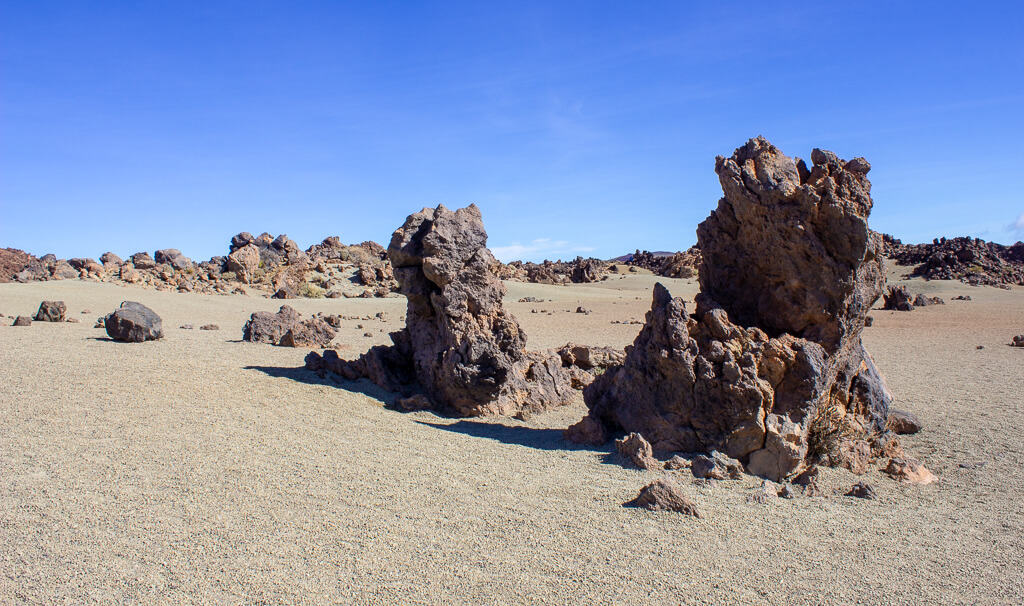 I was only in Teide National Park for half a day but even in that short time, I could tell that it would be a great place to spend the day hiking. The landscape changes dramatically, from alpine-like scenery at the lower elevations to more moon like arid scenes with interesting rock formations near the higher end. The lava flows have left their mark too, you can see where the lava has rushed down the volcano leaving a permanent scar on the landscape.

If you discount climbing Mount Teide and it’s sister peak Montaña Guajara then most walks in Teide National Park are mostly flat. The walks vary in length and difficulty but because Teide National Park is so vast you should avoid the masses quite quickly as they don’t venture too far from their coaches.

There are 37 walking routes you can take in Teide National Park. The most popular trail is La Fortaleza (which is also the busiest) a 2hr hike over 5.3km long. Other routes are Arenas Negras, Roques de Garcia and El Filo. For more information on them check out this website: Walking Routes in Teide National Park. 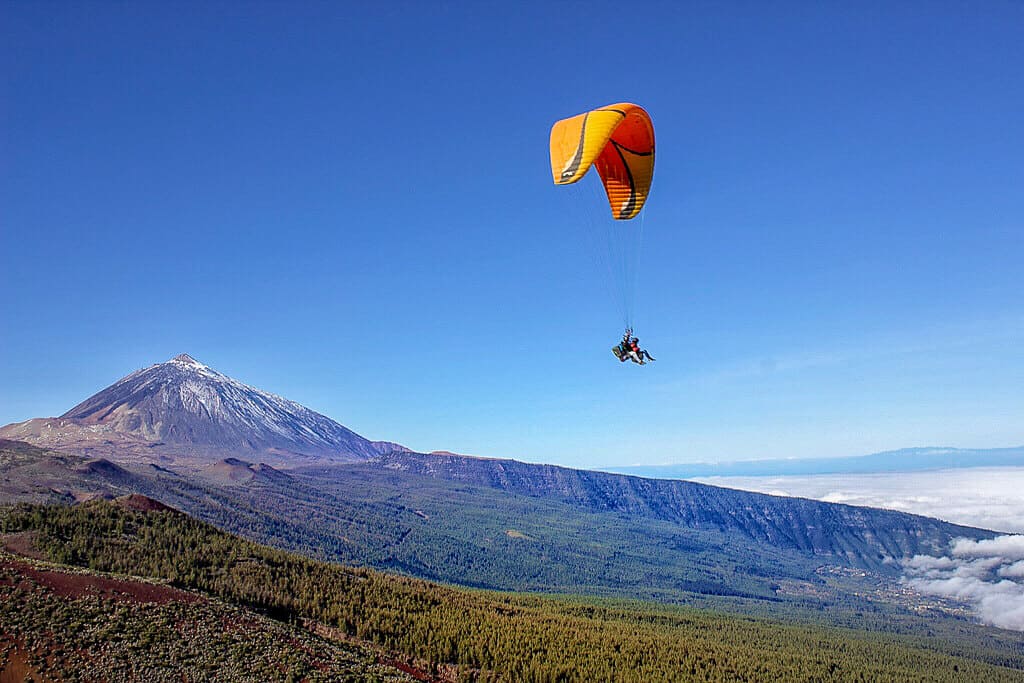 I admit I have never paraglided. It has been on my hit list for a while and I have been in places around the world that are considered some of the best places to paraglide, Tenerife included. We did get to see some Paragliders launch when we entered Teide National Park and a few days later we saw them land on the beach in Puerto de la Cruz (don’t worry the flight is only 30 mins, it was a different bunch of Paragliders we saw land, well I hope it was!).

As you can see from the images, it must be an amazing thrill to glide down from such a height. With Mount Teide on one side, the national park on the other and the Atlantic Ocean crashing below. If Paragliding is on your hit list then why not try it in Teide National Park? 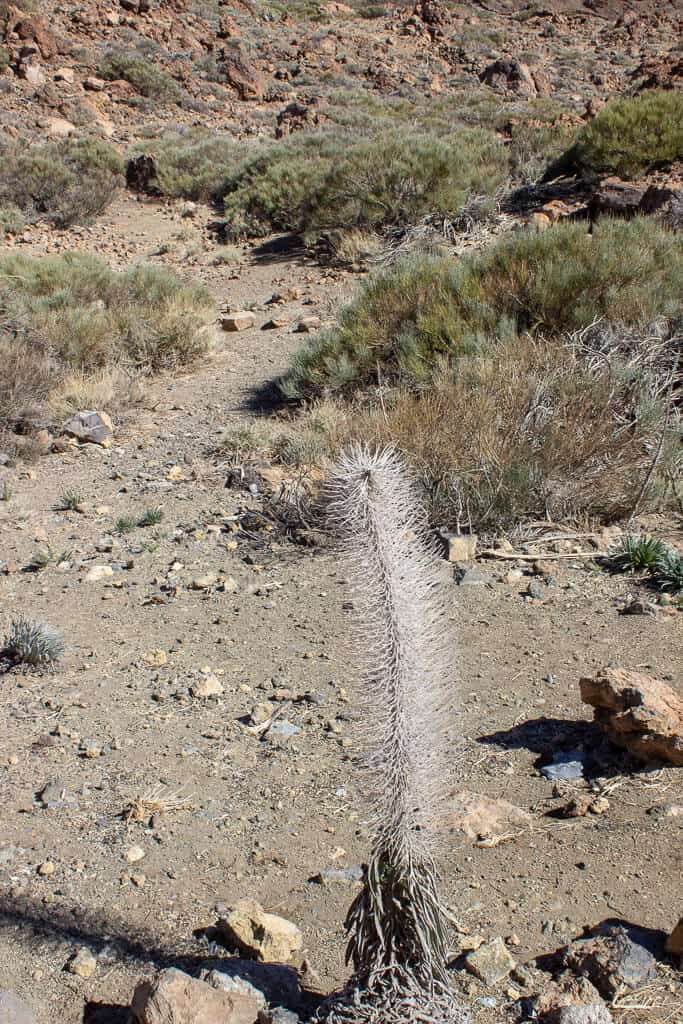 Even though the lava flows left a thin layer on the surrounding soil the earth was left with a soil rich in minerals that supports a diverse number of plant species, 33 of which are endemic to Tenerife. If you visit Teide National Park in spring you will spot the red bugloss, a unique plant that can grow up to 3 m (9.8 ft) tall and bursts into bloom with thousands of tiny bright red flowers.

There are plenty of lizards, insects and geckos too in the park but surprisingly there are only 10 bird species that make the park their home. Most common are the Kestrels, Blue Chaffinches and the Atlantic Canary.

The only mammals in the park are bats others like rabbits, mice and rats were introduced by man.

How to get to Teide National Park 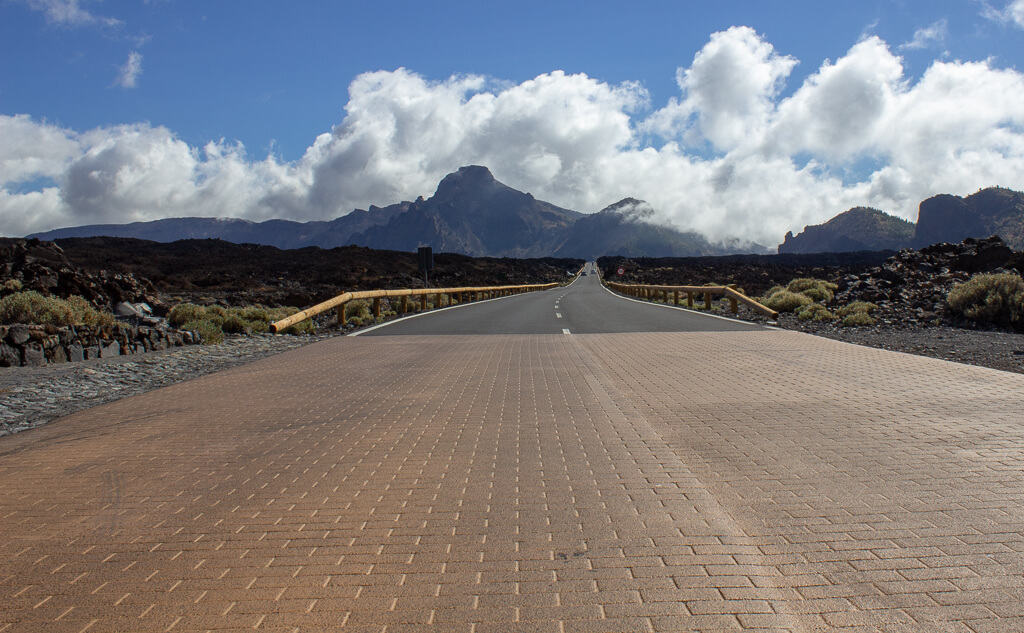 The weather in Tenerife is generally pleasant all year round. However, as Teide National Park and especially Mount Teide are at a higher altitude the weather can get a lot cooler. When I visited the weather was pleasantly warm so I just wore trekking trousers and a t-shirt. I did take layers with me though because the weather can change quickly. I would recommend the same and to check the weather reports before you go.

What to take to Mount Teide National Park 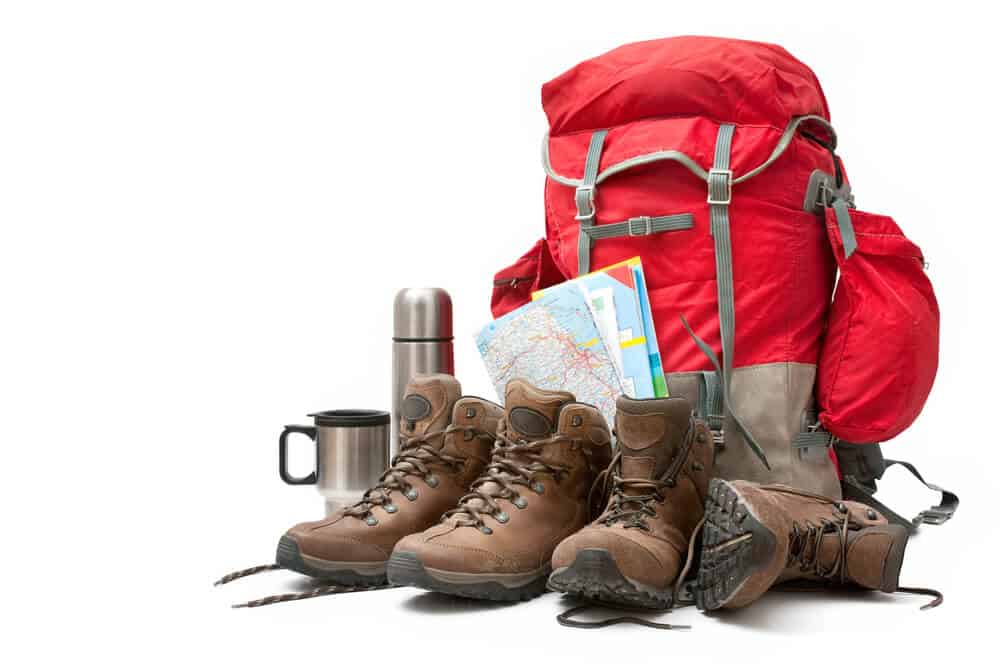 What not to take from Mount Teide National Park

Rocks or stones! Don’t be tempted to take a few volcanic stones home as a souvenir, this is harmful to the environment and completely forbidden. 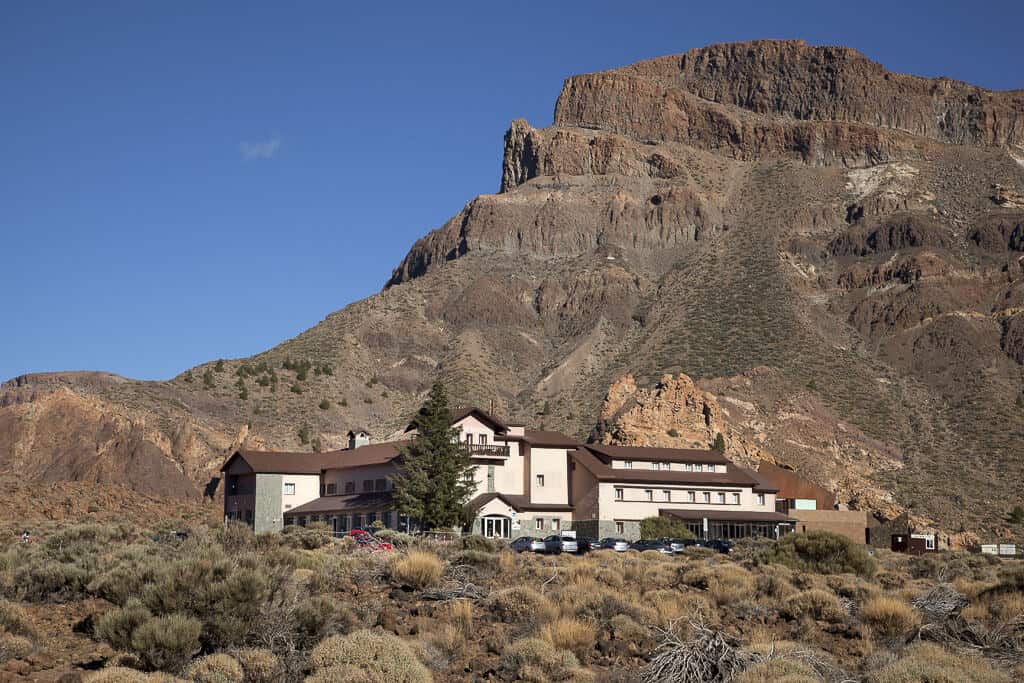 If you would like to stay right in the heart of Teide National Park then you can’t beat Parador de Las Canadas del Teide for location! It is right next to the volcano! Cañadas del Teide is set 2,000 m above sea level, and from the hotel, you can enjoy fantastic views of the surrounding, lush, tropical green landscapes. This is the perfect base from which to explore the national park. Check here for the latest prices.

I hope this has convinced you to leave that sunlounger for a day and go and experience Teide National Park. If you do please let us know what you thought of it. Remember to have an empty memory card as I am sure you will be taking lots of photos!

Going to Tenerife? Check out these other posts on Tenerife first! 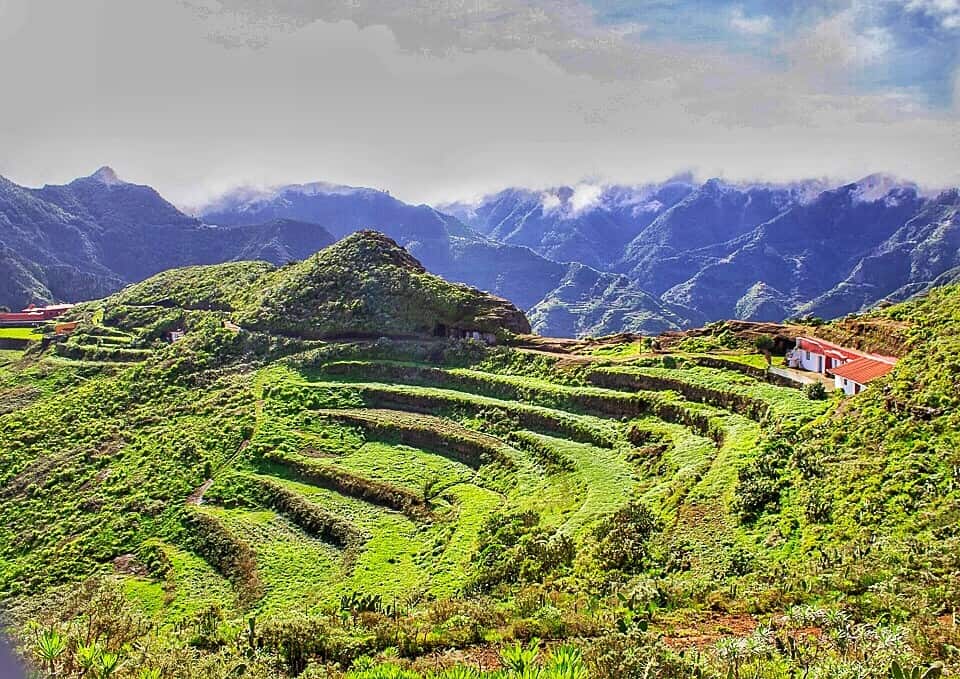 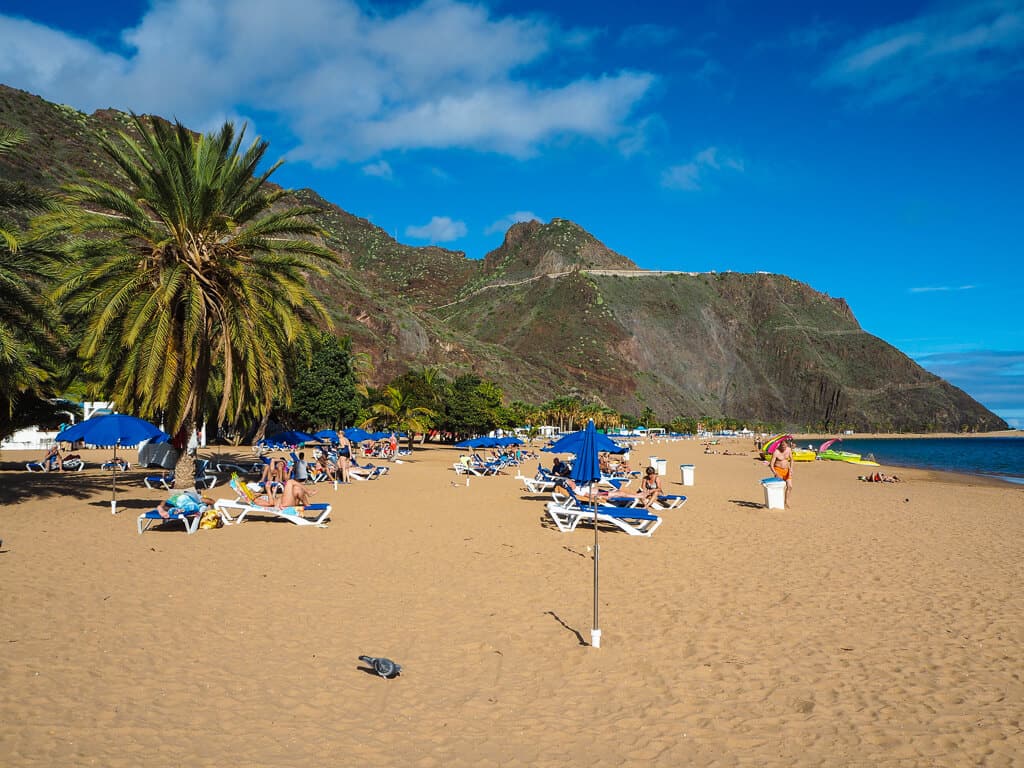 Love Spain? Check out our other articles on Spain! 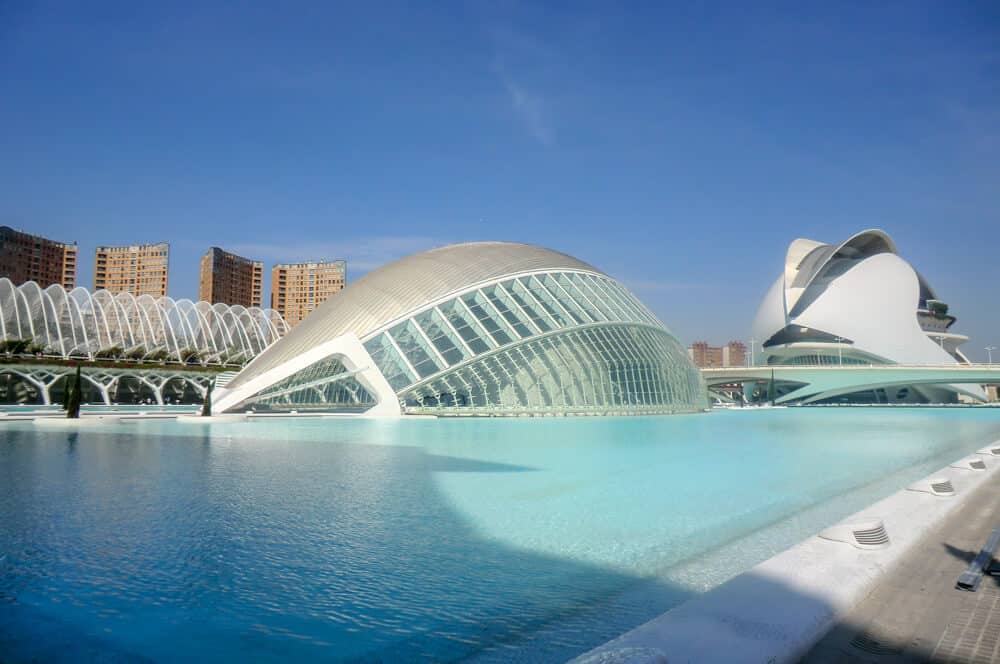 Tenerife Facts: 11 Compelling Reasons Why You Should Visit Tenerife – If you have never considered visiting Tenerife read these 11 compelling reasons on why we think you should. Trust us you won’t be disappointed.

Where to go in Spain – If you are thinking about visiting a different part of Spain then read our tips on The Best Places To Visit In Spain | Where To Go In Spain before you go.

Galician Food | Spanish Cusine At It’s Best – If you travelling to Galicia then you have to try these 14 dishes to get a real taste of the place.

The Quiet Side of Ibiza – Are you heading to Ibiza and want to avoid the crowds? Then read this post to find out where the quiet side of Ibiza is. From empty beaches to shrines.

This post was brought to you as a result of the #RealTenerife blog trip, created and managed by Captivate Media in partnership with Spain.Info. GlobalHelpSwap.com maintains full editorial control of the content published on this site and as always opinions are our own.