Tranquillo (Calm, Relax). If there is one word that best describes our 6 weeks in Colombia it is that. From the moment we landed in Bogota to our last few days on San Andres Island our trip around Colombia was relaxed and calm. I admit Tranquillo wasn’t the word I was expecting to use when we decided to spend winter in Colombia mainly because of preconceptions and portrayals in mainstream media but within days those preconceptions went out the window. 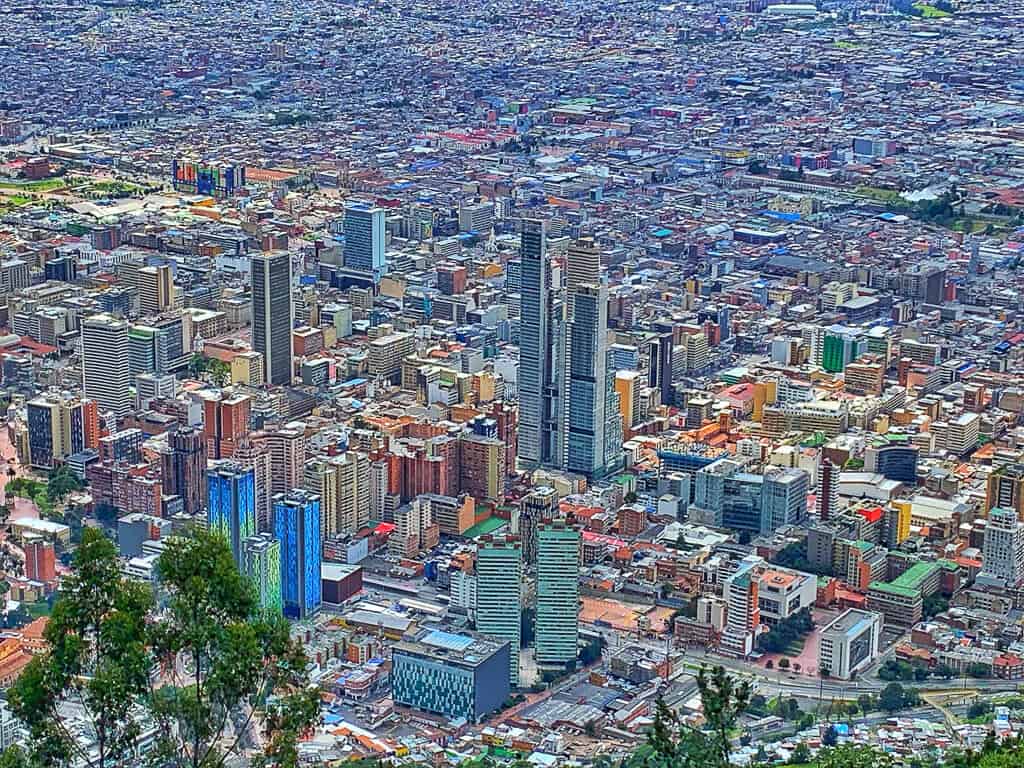 Capital cities around the world are not known for their friendly inhabitants but our interactions with locals in Bogota was an indication of what was to come in the rest of the country. On one bright Sunday morning, we decided to visit a produce market to sample the amazing Colombian fruit and then head up to Monserrate (a mountain in Bogota) to see the views of the city. As we left the market we jumped on a bus heading towards the mountain. It turned out that you could only use a pre-paid card on the bus which was fine as we had one. What wasn’t fine was the fact that we had used up all our credit. The bus drivers response? Tranquillo, and he let us on for free. Now, think of the bus drivers in your city, would they do the same?

Colombians are super helpful which makes travel around the country super easy. I lost count of the number of times people directed us to the correct ticket booth, platform or bus stop. A lot of the time we didn’t even have to ask for help, they would see that we were lost and naturally want to help us.

One time we needed to take two long-distance bus journeys to catch an evening flight to Medellin. As we were driving through some town our first bus driver noticed our 2nd bus driving past. So he made sure the other bus stopped, helped carry our backpacks over the road and loaded them on to bus 2. He wanted to make sure we got to the airport with plenty of time. That’s the level of helpfulness I am talking about. 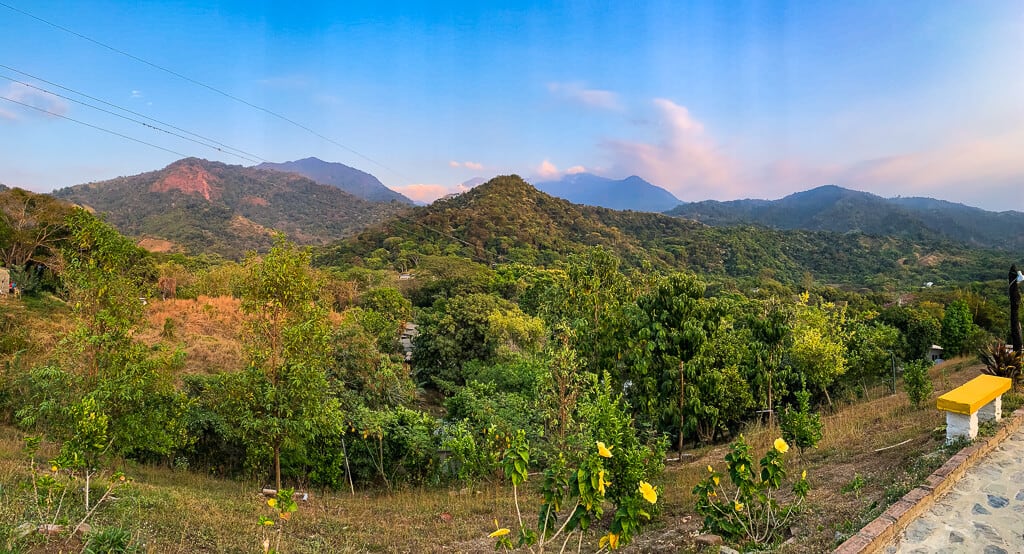 A note on bus journeys. A lot of the bus journeys we took were up and down the mountains with lots of winding roads. The scenery was spectacular but if you are like Karen and get motion sickness we would recommend taking motion sickness tablets before you get on the bus.

Uber is banned in Colombia, kind of. Like a lot of places around the world Uber has received a backlash from traditional taxi drivers so the authorities in Colombia decided to ban it. However, the Uber app works and everybody uses it, including the Police (according to our Uber driver). All the drivers we spoke to loved it as they were part-time Uber drivers and it helped boost their financial situation. As Uber is banned you have to be a bit creative when you take one. I would sit in front of the car with the driver and when we would get to a train station or airport we would get out and hug the driver as if he was an old friend. On one journey in Bogota, we even invented a whole backstory on how we knew each other! One another note, not once during our 6-week stay in Colombia did a taxi driver try to overcharge us. That has only happened in one other country: Myanmar.

The diversity of Colombia

One of the biggest surprises for me was how diverse Colombia is. In our 6 weeks, we saw mountains, cityscapes, dusty villages and Caribbean beaches, and yet there is more to see. We never got to see the Amazon, the high Andes, the Pacific coast or the desert. Oh well, it is a perfect reason to return one day.

In a two week trip, you could cover the sea, mountains, desert and jungle (as long as you use internal flights). There are not many countries that cover all 4 environments.

From the funkiness of Medellin to the picturesque streets of Cartagena, Colombian cities are brilliant places to visit. They were another surprise for me as I was expecting the madness of Asian cities but they were more like European cities with coherent transport systems, city centres and clear signage. They moved at a slower pace too compared to their Asian counterparts. Tranquillo, tranquillo.

With such a diverse environment it is not surprising that Colombia is a great place for adventure travel. From paragliding above the clouds to scuba diving below the waves Colombia will sate your adrenalin fix in many ways. Our highlights were white water rafting in San Gil where we jumped off the raft and floated down the river, and tubing in Palomino where we gently drifted down the river towards the Caribbean Sea.

The people of Colombia

The biggest highlight of our trip to Colombia was the Colombian people. In the 11 places, we visited over the 6 weeks the local people from each place greeted us with open arms and warm hearts and that includes Bogota the capital. They were genuinely pleased to see us visiting their destination and happy to help us have a good time whilst we were there.

There have been millions of words written about Colombia’s past and I don’t want to cover old ground but I will say this. I have never visited a country that has been tarnished so much by just a few individuals as much as Colombia. Like everywhere almost all Colombians are good people. You can’t judge a country by a few rotten apples.

Thankfully, the word is getting out about Colombia and its people. Tourism is booming and will only keep on increasing with more people visiting. After its past Colombia deserves a brighter future and from what I have seen in my short time there it looks like it is happening now. Just remember that the biggest risk in Colombia is wanting to stay.

Are you heading to Colombia? Then check out our other posts on Colombia: